Some of my longtime readers may be looking at the title of this post wondering what the heck is going on. "Audio '21"?? Not "Music '21" or "Podcasts '21" or something like that? Nope. I'm consolidating my efforts with the Kevin's 7 year-end awards shows. No need to have five red carpets when you can have just three!

Past awards lists have included:

Sometimes, similar lists like albums and songs have been combined into a single post; sometimes they have not. Sometimes a list has been skipped like movies last year or podcasts for a couple years now.

But what if I combined? What if merged like-minded content into fewer posts? Such as:

This would allow me to include favorite podcasts of the year even though I've only really listened to one or two. And while I've read a ton of comics this year, I discovered very few were actually published in CY 2021.

So this is how it's gonna be. I hope you're kosher with it.

And on with the show!

Admittedly, I still have the final two episodes to listen to, but I love this podcast in ways I never thought possible. Does it get a little repetitive? Sure. Could it have been edited down by an episode or maybe by 10 minutes per episode? Yup. But Stamos has an amazing podcast host voice and you can tell he's legitimately interested in the story and the characters he's assembled for this true crime story about the kidnapping of Frank Sinatra, Jr. The episodes are finally all free.

As a note, this was one of only two podcasts to which I listened in 2021, the other being Consequence of Sound's Opus.

What I wrote back in May holds true today… “Wow! Pakistani composer Arooj Aftab really blew my socks off with this new album. Full of brooding piano and string instruments and brought to life with her mix of Urdu and English vocals, this is one to just sit back and allow to sweep over your soul.”

Although this is technically the LP version of two previously released EPs, I love it so much and never quite got around to the EPs, so this indie and electropop  masterpiece is on my list. I absolutely love Sarah Midori Perry’s vocals and the musicianship is amazing.

It has been five years since Pip Brown released the exceptional Wild Things album, which fared very well on my list in 2016. I had nearly given up hope of a new album. Then, two weeks ago, I got an email about merchandise for sale from Ladyhawke’s newest album and I was totally caught off guard. So, of course, I listened. And I loved.

3. The War on Drugs' I Don't Live Here Anymore

I have been listening to The War on Drugs for several years now yet I have no idea how I discovered this Philly-based indie rock outfit. But I’ve always loved their laid-back, yet solid sound. I Don’t Live Here Anymore is no exception to the rule. I’ve listened to this album in its entirety several times now since it’s November release.

If there is one thing that has become a given, it’s that Scottish synthpop trio CHVRCHES will be on my list any year they release an album. They have become the most reliable band on my Spotify account. And Screen Violence is their must polished album yet with Lauren Mayberry’s vocals the most confident I’ve ever heard them. And, c’mon, an appearance by Robert Smith? WIN!

It's been a helluva year for Michelle Zauner, AKA Japanese Breakfast or @jbrekkie. Between this album and its rave reviews, her soundtrack for the video game Sable, and her autobiographical book Crying in the H Mart, I am having trouble imagining a better year for her. Jubilee is singularly amazing with a wide variety of indie sounds that blend together perfectly for a full-album listen.

BTW, if you'd like to see some more music lists for 2021, both of these dropped in my inbox today. What are the odds?

Oh, and if you wanna check out some of my favorite tracks of the year, in no particular order, then I have a Spotify playlist for you. Or you can play snippets of the songs in the player in my sidebar (bottom of the screen on mobile devices). Should work unless you’re Kazza because she’s in Australia and has another instance of Spotify entirely. I think.

Dec 6
I got a new winner on #MiniMoviePosterMonday this past week. It was my coworker Chelsey with Disney’s The Princess and the Frog. Great movie, BTW. One of my more recent faves. How about this one? It’s a biter, not a... 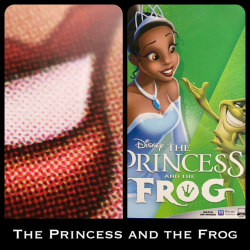 Dec 8
You can take the toys away from the boy (no, you can't), but you can never kill the boy's love for all things dinosaurs. And if this five-minute mini movie that was recently released as a promo for next year's... 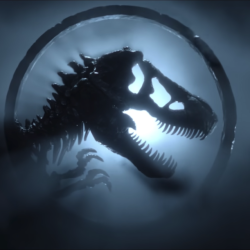 I'm ok with the consolidation of Audio, Video and Words.

As for audio music, CHVRCHES "Screen Violence" is going to be a part of my yearly Top Albums post on my blog.

I had no doubt CHVRCHES would do well on lists from you, me, and Spencer.

CHVRCHES also did well with Dave2 as it is on his list (out today, as is mine)

I would have seen them twice, but they had to cancel their SLC date earlier this month due to snow storm coming from Denver.

Sorry to hear, dude. But you’ll get new ones when they reschedule, right? You weren’t refunded.

I was refunded that same day they cancelled (it was through Eventbrite.com). Now just have to wait for them to announce a new date (hoping for when it is warmer here)

Well, here’s hoping you get new ones. Katie’s Backstreet Boys concert was canceled last year and it’s supposed to be happening this coming June, I believe. Ticketmaster offered a refund but she is letting it ride.