Last night, Katie and I were looking for something to watch and came across a new series on Netflix starring Kristen Bell called, and this is for real, The Woman in the House Across the Street From the Girl in the Window. At least, that’s what I think it’s called. 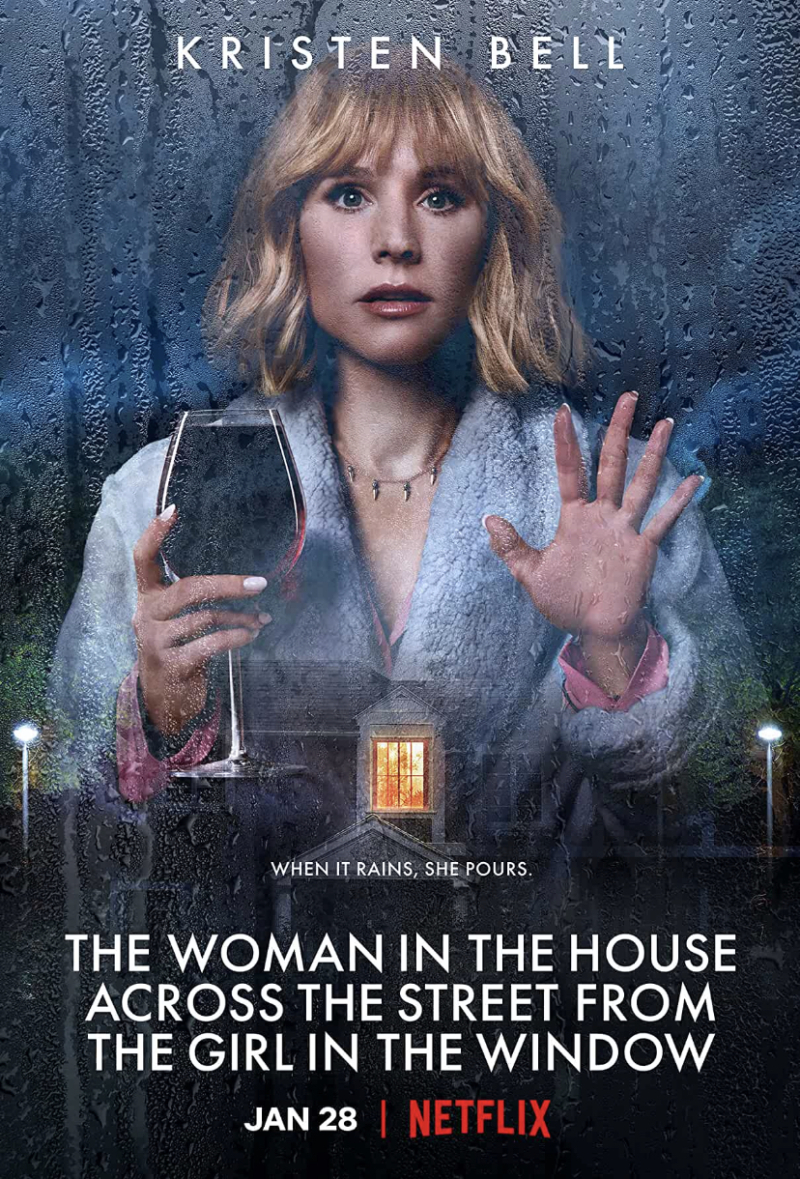 Upon seeing the title, I was immediately reminded of old 80s/90s genre spoofs like Don’t Be a Menace to South Central While Drinking Your Juice in the Hood. And I thought I remembered hearing something about Bell doing a parody of the wino-woman-witnesses-a-murder genre of films and books that have been so popular lately.

We decided to give it a shot and it was not at all what we expected through about the first four of eight episodes. There were several scenes that could potentially be construed as parody — the handyman and the mailbox, the multiple casseroles, the passing out in the rain — due to their outright ridiculousness but, overall, the show seemed to be trying to take itself a little too seriously to tell for certain what was going on and classify it as a farce or parody.

Tonight, we started the second half but I decided ahead of time that, yes, this is the parody I was looking for. Once I did that, it became patently obvious just how much a parody this was. Nothing nearly as overt as a Wayans Brothers film but still and all the same. I was laughing out loud, uncomfortably, but it was still really bad.

Jan 29
We decided to reorganize our pantry and a cabinet or two. In order to achieve this, we ordered a box of stackable plastic containers from Amazon. They arrived a mere four hours after ordering them. Incredible. So we started putting... 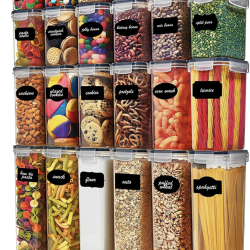 Jan 31
WOW! I had a pretty amazing January in terms of reading. And, while I know some people don't tend to look so kindly on graphic novels when it comes to reading goals, I don't care. I won't count individual issues,... 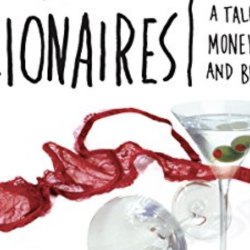 I liked it. AND THAT ENDING!

WTF did it mean??? I feel like I need to rewatch it because I missed something.

There was a murder. She solved it. And along the way we got some hilarious nods to other movies. I don't think that there was any more meaning to it than that.

I was referring to what she finds in the seat.

It belonged to the woman who was sitting there that "didn't exist," thus proving that she DID exist. Now she has another mystery to solve... for next season (fingers crossed).

We saw this come up on the recommended list while browsing around the other night. Said to each other - I wonder if that's any good. A little hesitant based on what you wrote, but still on the list.

The list. Oh boy the list. More things to watch than we can ever realistically consume in our lifetime.

Purge that list! As to this show, it’s a really quick watch. Each of the eight episodes is only 30 minutes. Goes very quickly.