It's been a little while since I added any new listings to the Marvel Cinematic Universe list on my Rankings page. I thought it was because I had nothing to add, but apparently I do...

While it took me a little while to get through this series, primarily because I was watching it with Nathan and he decided he wanted to watch something else right in the middle, we did finally finish and it was soooo worth it. Great story. Fantastic integration of the Aja/Fraction storyline with the existing MCU elements. And the cast. Damned awesome. Just a lot of fun.

For the longest time, Captain America: The First Avenger was my favorite film in the MCU. It was awesome. Then Avengers: Endgame came out a few years ago and supplanted it. But then Spider-Man: No Way Home dropped and it was sheer perfection. So perfect, in fact, that we've seen it twice in theaters despite the pandemic. And my wife loves it just as much as I do. Doesn't hurt that the Spider-Man series of films, from Tobey Maguire to Andrew Garfield to Tom Holland, is the only series of superhero films we've both seen together. I feel like we've watched Spider-Man grow up along with us. That's corny. But it's true.

Hawk Guy gets an A+. Spidey gets an A with more +s than I can count. Then there's Black Widow. One of the characters that most deserved her own film and... it was just not good. I started watching it with Nathan and he got bored and walked away and refuses to rewatch it to this day. So I started it over with Katie and she fell asleep. This film tried too hard to be an Avengers crossover into a Bourne film and failed to be either. The only really redeeming part of this film was Florence Pugh as Yelena Belova, Natasha's sister. The post-credit sequence tied in nicely with Hawkeye, but beyond that? I think I may have a new bottom feeder on my rankings list.

Feb 3
I love that Nathan has his “thing” when it comes to entertainment. Movies, TV shows, music… he certainly has his favorites. And while he has a diverse library of stuff he loves, it still gets old to watch them over... 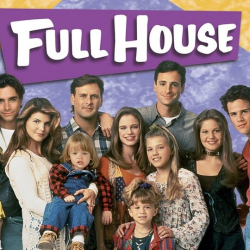 Feb 5
I’m an Apple fan. Have been since 1999 and, no matter how many missteps they make, I’m sure it will remain this way. You’d think enough screwy decisions would eventually turn me off of their products, right? Well, the reason... 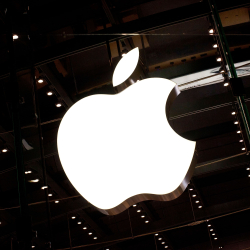 I was wondering (a) if I really wanted to see a show about Clint (b) how good could it really be? And turns out yes I really do want to see that show, and it was so good. You are spot on that they got the casting just right.

Look forwarded to watching the new Spiderman movie. I hear very good things about it.

I have now seen Spider-Man three times and it gets better each time.