Despite wanting to be a meteorologist, or maybe in spite of it, Nathan is terrified of the concept of tornadoes. I say “concept of” because he’s never actually seen one.

Anyway, he’s afraid of them and worries that one is going to happen anytime rain starts to fall.

Today, though, that was the reality. Rain started to fall and a tornado warning was called while he was at his after school program.

After the warning timed out, I went to pick him up and was warned by the people running the program that he was a bit unnerved but the whole affair and may have started planning for anything that may have resulted from it.

In other words, he drafted up his will. And here it is… 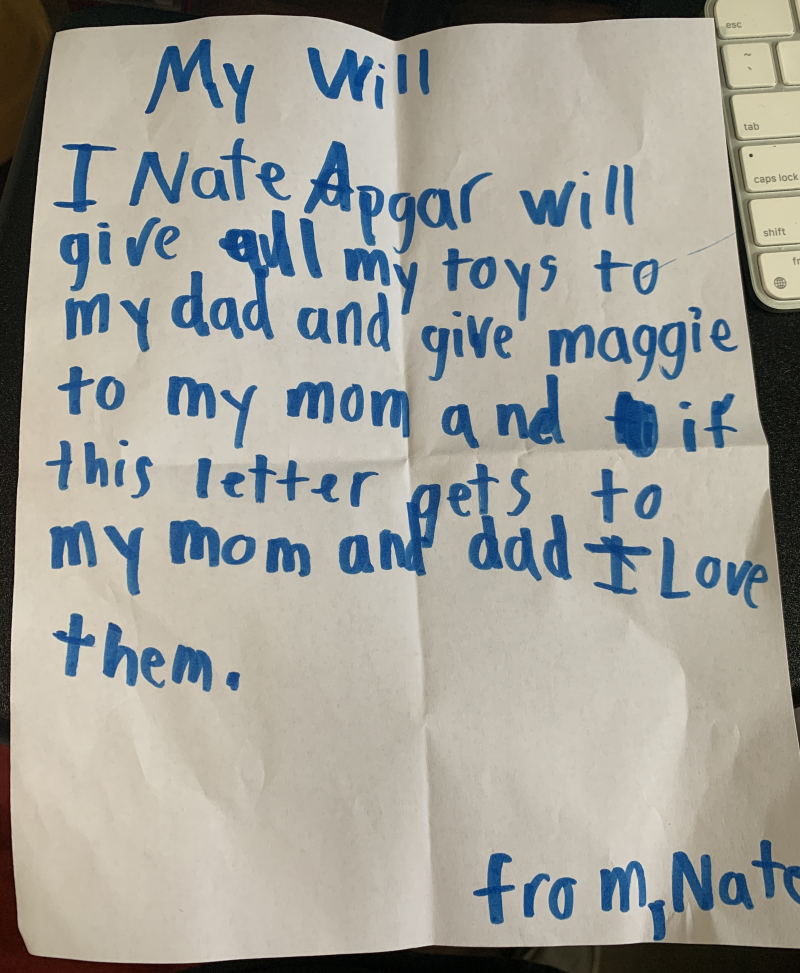 This may be one of the cutest things ever and I’m keeping it forever and might just use it when he does become a big-time meteorologist and people want to know more about his life outside the weather.

May 24
Nathan’s school had a Fun Run today. Basically you could run a lap around a park or a full mile which was four laps. Nathan opted for one. We’ll work on that. But they also made it a color run... 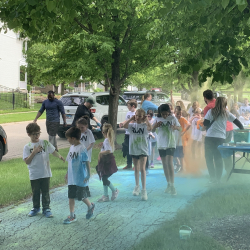 That's sweet, but a little scary. Where did he learn about wills?

It just dawned on me...your son has a will before his mother or father. Just sayin'.