Lately, Nathan and I have become frustrated with our local comic shop. It’s right up the street from us and is huge and has a lot of variety but that’s becoming not enough for us.

The last few times we’ve been there, we’ve bought nothing. Toys are overpriced. On-shelf comics are limited to just the two most recent issues so you wind up paying a premium to get the early issues in a series if you hope to get the whole story. And don’t even ask about variant covers. You could pay 200-300% of the cover cost within a couple weeks if its release.

So I went on Google Maps and searched for comic shops near me. Firstly, I was blown away by how many there were. I was under the impression that our local store, as part of a chain of nearly a dozen shops in the area, was it for us. If we wanted shops outside this chain, we’d have to go much closer into the city, which is a haul.

But there was one about 20 minutes north of us pretty close to where Katie works. So Nathan and I tried it a few weeks ago.

The name is Thom’s Comics and Collectibles and it’s in Elgin, IL. Thom has been in the business for nearly 40 years and this is his third shop in the Elgin area at which he’s been for about 18 years (he’s relocated; it’s not a small chain). So the dude knows his stuff. He’s got a nice selection despite the outward appearance that it’s a small place. Well, what you can see of it anyway. Thom tells me he has a basement full of stuff he has no room to display and if I’m looking for something, to just let him know and give him some time. 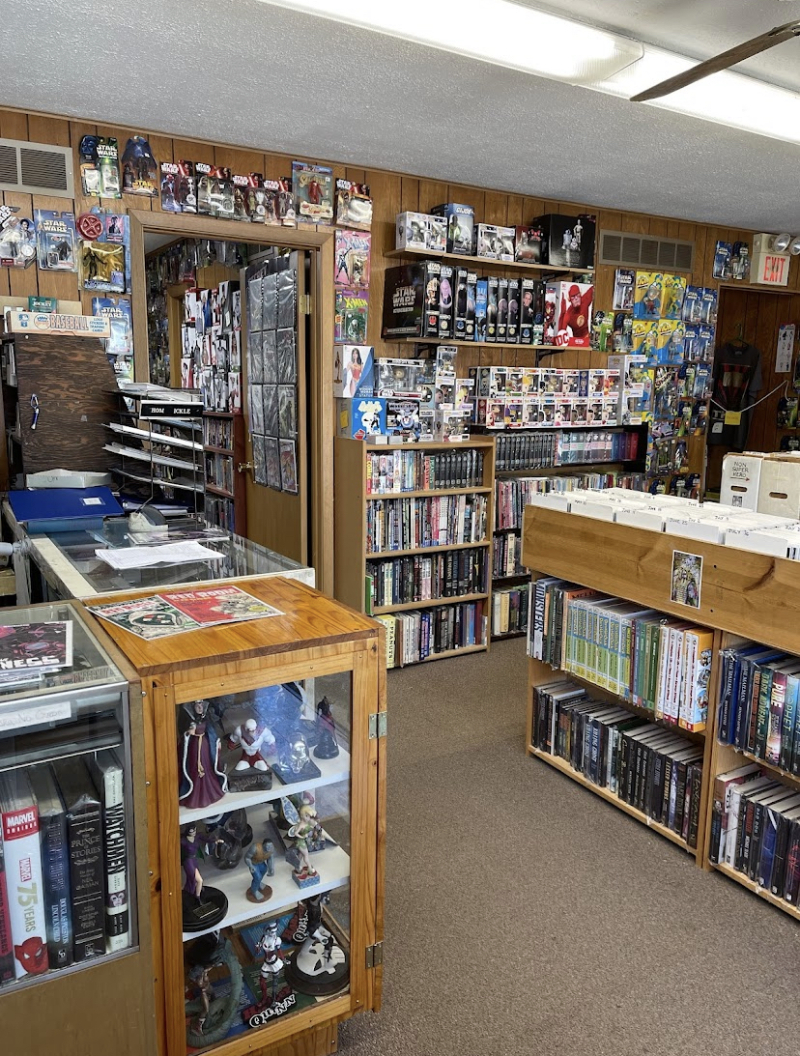 We dropped by again today and bought some more comics, which is something I haven’t really done in years. Nearly everything I’ve gotten in the last decade or so has either been digital or from the library. But you can get an entire run of comics from Thom and he doesn’t upcharge unless it’s a very rare cover. I’ve started picking up a combination of months-old standard and variant covers of DC Black Label issues (specifically Brian Azzarello’s Suicide Squad: Get Joker and Cliff Chiang’s Catwoman: Lonely City) for under cover price. 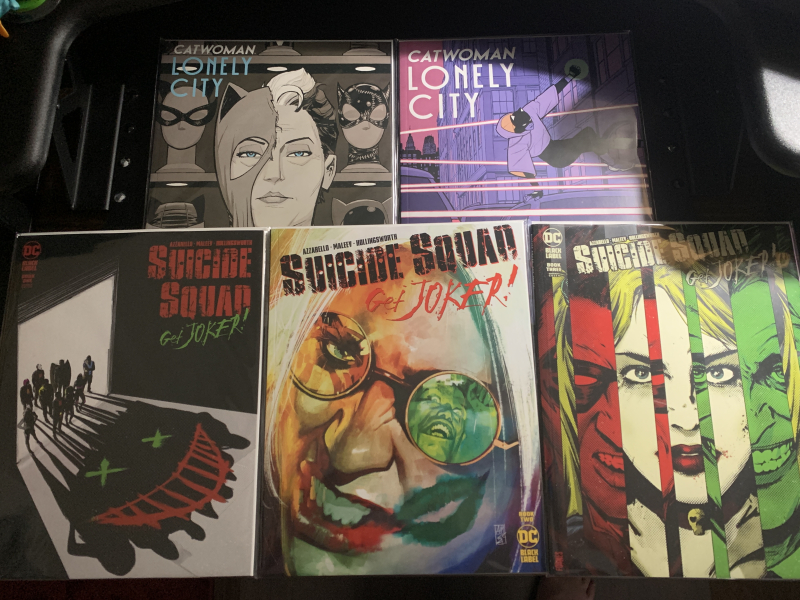 Yes, under cover price! Why? Because he doesn’t accept credit cards of any sort. By not paying the fees for credit/debit card processing or online payment services, he is able to give the money he saves back to customers in the form of 10% off cover on every issue. I can totally get behind that!

FTR, the issues above are a minimum of $12 each at our old shop. We got them for half that. 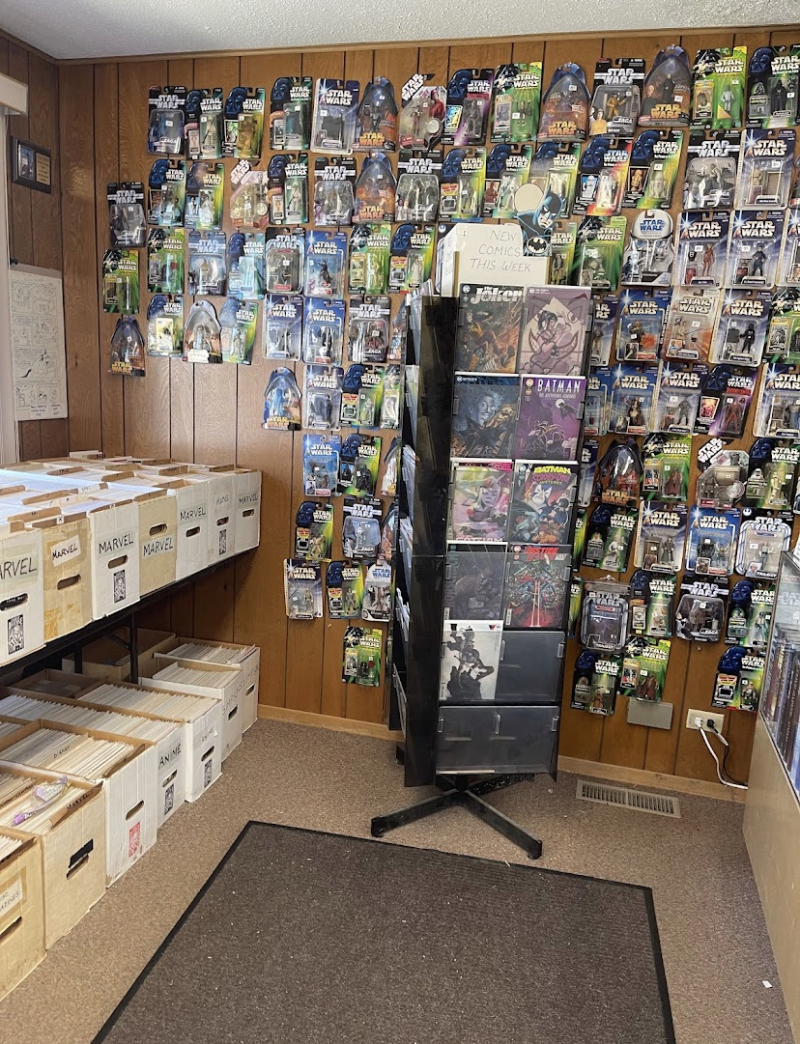 In addition, he has a pretty decent selection of graphic novels, toys, books, and statues. His walls are lined with the post-1995 Star Wars action figures carded and thumbtacked to his walls. We picked up a cool Funko Dorbz Two-Face for Nate on our first trip. Nate was drowning himself in a box of open Funko Mystery Minis on today’s trip although we bought nothing but comics. But we’ll go back for more. I’m certain of it.

Thom has made a fan of us.

Posted in Entertainment, Me & Mine | Permalink | Comments (2)

Jun 8
I am but a simple man. I have simple likes. And simple things make me happy. This is the way. So when I decided to add data to a project tracker and discovered how easy it was to add a... 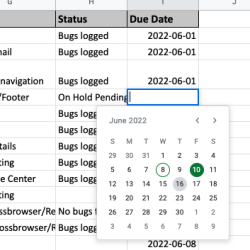 Jun 12
To cop a catchphrase from the Sex and the City spin-off… and just like that, Katie’s car was paid off. Woo hoo!!! Just took over as librarian for our local public library. Can you give me suggestions for what to beef up our graphic novel collection with? Looking for things that will appeal to teens and younger.

You’ll have to give me a little time on that one.