On Saturday, we went to see the More Fun Stuff Version of Spider-Man: No Way Home. This is basically the dozenth time we’ve seen this film between a few visits to theaters when it originally aired as well as a bunch of times at home streaming. We love this damn film.

But I do have a question about it I want to run by those of you who know comic and movie lore a bit better than I do.

Before I get into it, I need to preface this by saying that I have not yet seen Venom: Let There Be Carnage, so if this is addressed there, let me know. I also need to say that there are spoilers in this post for the post-credits scenes in No Way Home.

Okay, so Doctor Strange (Benedict Cumberbatch) tells Peter Parker (Tom Holland) something to the effect of that all these people are coming into our universe because they are looking for him. They know him. They are hunting him.

In one of the post-credits scenes, we see Eddie Brock (Tom Hardy) at a Mexican beach bar. 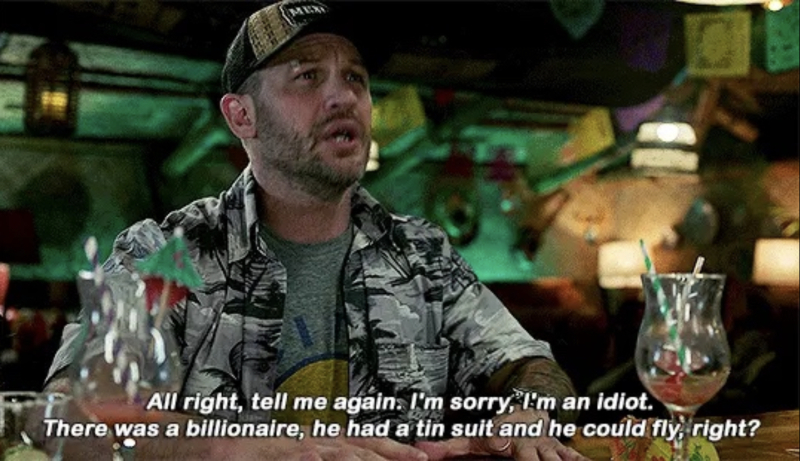 He has also been brought into our universe against his will and he’s learning all about the state of superheroes and villains here from the bartender (Cristo Fernández). 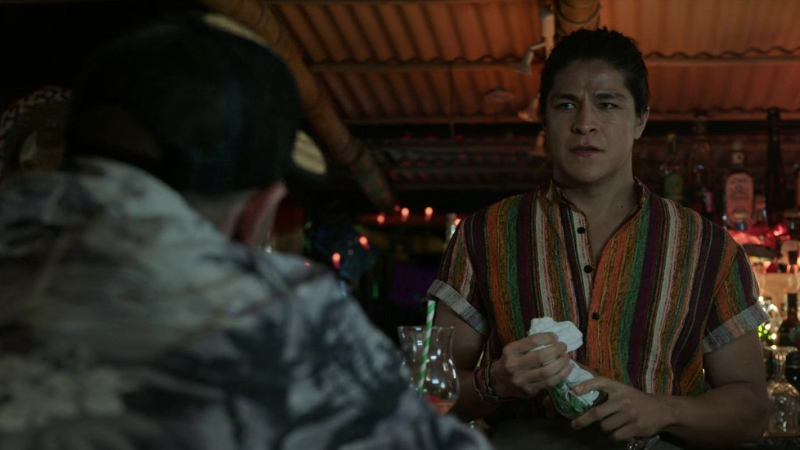 Then Brock announces maybe he should go to NYC to meet this Spider-Man guy. The inference of this statement is that he does not know Spidey or Peter.

So I ask you, if he has no awareness of Spider-Man or Peter Parker, why was he pulled into this universe? How would he get sucked into the trans-dimensional rift if he had no cause?

Sep 6
Over the weekend, I updated my cassette “go bag” with some tapes I wanted to listen to in the near future. Unlike in the past, when I would go into my office and needed to select some to take in... 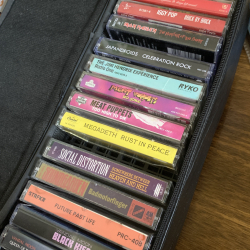 Sep 8
Remember the talk about the desk redux? It’s done! Took some jiggling with wires and setups and mountings and placement, but we got it. And here it is… Whaddya think? 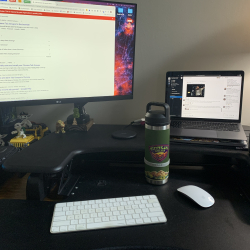 My guess is that it had more to do with Venom knowing that Peter Parker is Spider-Man since he is apparently a trans-dimensional being? I dunno. I still makes more sense that the Morbius cameo in the credits scenes.

Yeah, that makes sense given that Venom is a sentient being all on its own. Good point.

Ohhhhh!! I thought you were saying that Morbius cameo’s in Spidey and I somehow missed it. I won’t be seeing Morbius anytime soon if ever. No interest.